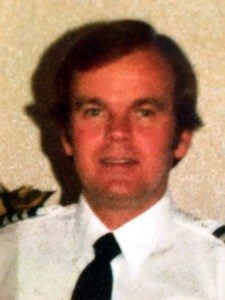 Wayne Zillweger 76 of Mesa Arizona passed away on Saturday Sept 1st, 2018 due to complications from a Coronary Aneurysm. He is survived by 3 children Daniel Zillweger, Chris Ann Zillweger, David Zillweger and preceded in death by his son Scott Zillweger. Wayne had 12 Grand Children and 1 Great Grandchild. Wayne was born in Pittsburg Pennsylvania the youngest son of the late Charles and Elsie Zillweger, he was preceded in death by sister Marta Mae Voltz, and brother’s Dr William Zillweger, Chuck Zillweger and Jim Zillweger. Wayne moved to Houston in 1963 to take a job as an airline pilot with Trans Texas Airways after graduation from Emory Riddle Aeronautical University of Miami Florida. Wayne was a consummate professional as an airline Captain, Check Airman, Instructor and Assistant Chief Pilot for Trans Texas which later became Texas International Airlines and then Continental Airlines. Wayne’ s career also included being a Captain with America West and Southwest Airlines as well as owning his own business as a Real Estate developer in Angel Fire New Mexico. Wayne’s love for the outdoors lead him to become an accomplished Golfer and Hunter. He leaves behind so many friends, colleagues and family here in the North Houston area. Friends and family are invited to a memorial service on Monday October 22nd at 6:30pm at Darst Funeral Home 796 Russell Palmer Kingwood Texas 77339 281-312-5656

Memorial Service: A Celebration of Life was held on 2018-10-23 at Darst Funeral Home. A Reception will follow in the Gardens