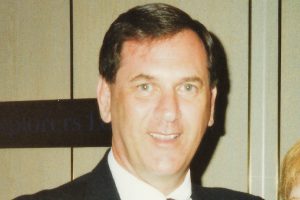 Walter was born on August 4, 1944, in Bronx, New York.  His parents were Raymond Heckman and Angelina Zanfardino Heckman.  He was the second of two children.  He lived his life in New York, New Jersey and, Texas.

After graduation, he began a career playing baseball followed by a long career in the airline industry.

He was married to Annette Bigone on February 12, 1966, at St. Theresa’s Catholic Church in Pelham Bay, New York.  He was an active member of St. Theresa’s, St. Thomas and, St. Martha’s Catholic churches.  He had a strong faith in God and met his future wife while they were attending and volunteering at the Church.

Walter was involved in local organizations including Little League and Pony Baseball, High School Baseball, Umpire Associations, and Special Olympics.  He was a coach, umpire, coordinator, and board member. He loved sports, animals, music, trains, community and the love of family and friends.  He was loving, funny, caring, trusting and, a great mentor.  He felt blessed for the opportunity to play baseball, marry a wonderful woman, have children and build a beautiful life.

He is preceded in death by:

He is survived by:

As well as many loving family members and friends

One condolence on “Walter Raymond Heckman”

Sincere Condolences to the Heckman-Neglia & extended families on the loss of Barbara’s dear brother. Prayers to you and find comfort that he is in heaven’s home with The Lord.