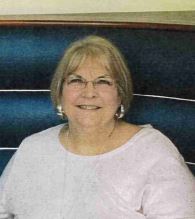 Mary Susan Griffith Allen, departed this life on September 25, 2022, after a brief illness.

Susan was born in Bryan, Texas, on November 19, 1954, to Frances Laverne Bradford Griffith, known to many in later life as Lee, and James William (Jim) Griffith. At the time, the family lived in College Station, where Jim was the wrestling coach at Texas A&M.

Due to Jim’s jobs, Susan attended three elementary schools and three high schools. For her senior year, she and Lee returned to Texas, where Susan graduated in San Marcos. She followed her parents in attending Oklahoma State University and joined the chapter of Delta Delta Delta sorority of which her grandmother, Mildred was a founding member.

After college, Susan joined the workforce and, while at CertainTeed in Waco, Texas, she met the love of her life, David Allen. They married in 1980 and brought son William Wesley into the family in 1987.

The family made many friends while living in Lewisville, Texas and Monroe, Louisiana. When they settled in the Houston area, Susie joined Edward Jones & Company where she worked as a Senior Branch Office Manager for many years.

Susan was a lover of many things, including OSU Sports and the theater. She had the ability to find humor in life and enjoyed telling funny stories.  Her laughter was contagious, and her smile was warm and caring. She enjoyed entertaining and participating in her games group.

Susan was a devoted to her grandchildren, Hunter and Leah. They were the stars in her sky. She delighted in sharing pictures with friends and family about their antics and adventures together. She also had great affection and love for her goddaughter, Gianna Franzetti Gortva.

Susie was preceded in death by her parents and two infant children, Brian and Ashley. She is survived by David, son, William (Nicole), grandchildren Leah and Hunter, and brother, Brad Griffith (Elizabeth Early) of St. Louis.

I will miss Mrs. Allen. I knew her through her son, William, while they were in Monroe, Louisiana. She was extremely nice and intelligent. I recall her getting almost every single answer correct while watching Jeopardy one day. I also recall her volunteering often at Meals on Wheels, setting a good example for William and I. Her laughter was indeed infectious and unique. I won’t forget her.

While Susan and David lived in Monroe, my son and William became close buddies. Susan was a delight to be around. We had many conversations-mostly centered around young boys! My heart goes out to you, William, and those precious children of yours. Hello to David and may God keep you all strong as you work your way through this overwhelming loss. We love you.

David, my thoughts, love, and prayers are with you and all the family! Sorry I could not attend. I’m there in spirit! Hope fond memories of her laughter and love for life help sustain you all at this time! Love, Cheryl and Bob Exum