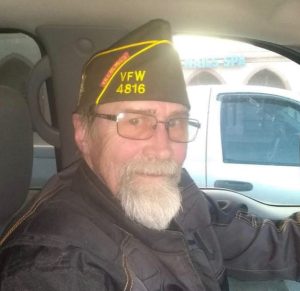 Steven Allan “Batman” Hawkins, 68, of Splendora, Texas unexpectedly made his departure home to Our Father on June 13th, 2022.

Steve was born in Eustis, Florida on July 7th, 1953 to parents Wilbur and Janet Hawkins. Wilbur was a crop-dusting pilot and shared his love of airplanes with his son from the moment he was born. This resulted in Steve becoming a flagman for crop dusters at a very young age, and airplanes evolved into a passion of Steve’s for the remainder of his life. There was nothing he would rather do, than to sit around and talk to whomever would listen, about airplanes and all they consisted of. After graduating high school, Steve was drafted into the Vietnam War in 1971, where he proudly served his country in the Navy for 4 years, on the USS America. Being a veteran was a very prevalent part of Steve’s life and he was so proud to have served for the military. On March 28th 1992, Steve married Robin, the greatest love of his life. The rest of Steve’s adult life consisted of a long, established career in Platings and Coatings, old western movies, dining on oysters and especially, hitting the pavement on his beloved Harley with Robin on the back. The most important thing Steve accomplished in his 68 years on this Earth, was being an exceptional father to 3 and later in life, an amazing grandfather of 5. His wife, kids and grand-children were quite literally his pride and joy.

Steve was a gentle, soft spoken man, with a weak heart for his grandchildren and a love like no other for Robin. His impact on anyone he encountered, was so much louder than any decibel his subtle voice could speak. The greatness Steve exuded, is evident by the countless family and friends affected by his untimely passing. To say he will be sorely missed, is an understatement.

In lieu of flowers, the family asks that donations be made to the Veterans of Foreign War Post 4816 in Porter, Texas in Steve’s name. There is also a GoFundMe set up for resulting expenses.

RIP Steve, Johnny and Tammy will think about you often and miss seeing you here. See you on the other side Friend

You are such a great friend even though I only knew you for five years and I was blessed to have that opportunity to get to know you! He will be deeply missed rest in peace my friend.