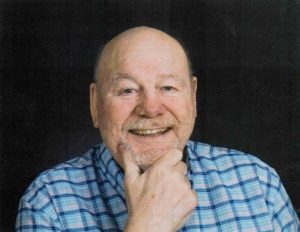 Steve was a 1966 graduate of M.B. Smiley High School in Houston, Texas. He became a member of Friendship United Methodist Church in 1978 and was baptized with his children, Tobie and Ty. Steve taught Sunday School for over 20 years – including the high school class when Robert Besser and Pam Stevenson were in high school. The guys in the class knew if they got him talking about Friday night or Saturday games, he would always start the class late.

History was one of his loves and he used vacations with the family to instill information along the way. He also was interested in the history of The Bible.

Steve met his sweetheart for life, Barbara Jo Cockrell in 8th grade. They “went steady” all through high school until they were married on Friday, November 25, 1966. He barely made their 56th anniversary this year. He also turned 75 on December 14. We were hoping for a last Christmas with him, but he went to be with the Lord on Thursday, December 22, 2022.

Steve attended Navarro Junior College on a football scholarship. His life work was as a Sprinkler Fitter in Fire Prevention.

In 1995 Steve had to have his aortic heart valve replaced. He improved for a while, but at age 55 had to retire due to damage to the heart before the surgery. He and Barbara walked together for the next 20 years diligently trying everything the doctors recommended, but he eventually succumbed to heart failure.

Steve was a jokester and loved to tell stories that some friends had trouble deciding if it was true or a prank. He got great delight from this.

Steve had a passion for sports and particularly loved coaching boys in baseball and football. He took much pride in mentoring and teaching them.

Although we are heartbroken to lose him, we know he is not out of breath or in pain anymore. We treasure the years we had him as a loving husband and hands-on Dad.

He is preceded in death by: