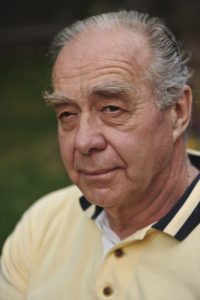 It’s is with great sadness that the family of Eduardo Peter Sorensen announce his passing on September 11th, 2018 at the age of 77 after a long and courageous battle with illness.

Eduardo always believed in the intrinsic good of humanity. He listened rather than spoke, he saw and understood rather than judged, he believed that our differences made us stronger. He was a man who firmly believed that family came first. That the best one could leave one’s children were the all-encompassing values of empathy, truth, faithfulness and love. He never wasted his words to criticize, blame or accuse another person. He was simply good, through and through. And his spirit of optimism and hope kept him going, and his family solaced, right until his passing.

Funeral: A memorial service was held on 2018-09-21 at Strawbridge United Methodist Church.