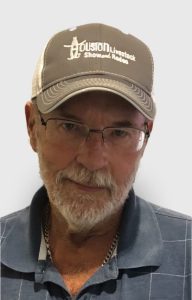 Richard William Summers, 74, died on April 17, 2022. He was born on May 24, 1947 in Sioux City, Iowa the son of Harold Summers and Maybelle Clemens. He was the eldest of four children. He attended San Jacinto high school and married his high school sweetheart, Nancy Erickson, in the fall of 1967. They celebrated 54 years of marriage last November. Richard was drafted in 1968 and served in the U.S. Army until 1972. He received the National Defense Service Medal for his service in the Vietnam War.

Richard and Nancy settled in Porter in 1970 and welcomed twin girls in 1972 and twin boys in 1975. He began his career as a truck driver in 1970 and started work as an electrician in 1972 until 1995. Richard was employed by Continental for the final 14 years of his career. He retired permanently in 2009.

He enjoyed classic cars, including his first car, a 1955 Chevy. He also spent notable time bowling, watching football and baseball, coaching softball, and working in the yard. He didn’t go many places without a toothpick, his overalls, and his dogs, but he was often known to turn his hearing aids off to drown out the loud noise of his large, busy family. His family describes him as competitive, funny, thoughtful, generous, selfless, gentle, and kind with a heart of gold. He was a loyal friend and would move mountains for his family.

Richard was preceded in death by his mother Maybelle Summers, his father Harold Summers and his brother Mike Summers.

Fond memories and expressions of sympathy may be shared at www.darstfuneralho.wpengine.com for the Summers family.

Wanda and I are truly sadden for you and
Your family. Losing a loved one is extremely
Painful but through the Grace of God we know Richard is walking on streets of gold, pain free, in the Presence of God!

Tommy and I were blessed to know him.he was a beautiful person.nancy and have become close.they are special special people.we are thankful.he was so fun and kind.we will always treasure the time we had.love always

Richard is now at peace. God Bless you and your family! His smile and kindness was addictive and will be truly missed

My sincerest condolences. I know he was deeply loved by his family. Rusty talked about him a lot and how great he was.

Great dude. I was blessed to be part of the family for many years.