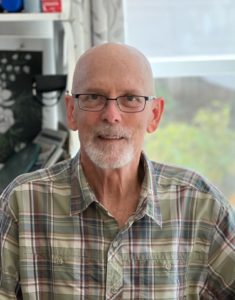 Randall Lee Goldman was born September 21, 1961 in Chicago, Illinois to Robert and Eleanor Goldman. After a 9-year long battle with brain cancer, he was called to be with the Lord on January 18, 2023 at the age of 61 years old.

Randy grew up in Niles, Michigan with his mom, dad, his sister Bobbie, and his brother Kirk. As a young boy, he took full advantage of the northern outdoors. Skiing was a passion of his that followed him into adulthood. He also enjoyed soccer, snowmobiling and bike riding. His nieces remember taking rides on the back of his motorcycle and always looked forward to his visits.

In 1988, Randy met his wife Laurie at the college group they both attended at their church in Colorado. They were wed soon after on February 16, 1989. They then started their family in Denver, moved to Chicago, and finally settled in Houston, TX. They had four children, Kortney, Katie, Steven, and Dana. Randy spent all his time with his family and was involved in all his children’s activities. He supported them in all of their endeavors and always offered advice. He enjoyed taking family vacations all over the country, taking bike rides with his family on the weekends and taking numerous camping trips.

Randy raised his children in the church and supported them to pursue their passions all while encouraging them to keep Christ in the center of their lives. He made it a priority to attend his kids sporting events and held leadership roles in the children’s church programs.

Later on, his children started getting  married and having children of their own and continued to be involved in his grandkids’ lives. He loved seeing their school events and playing with them anytime they would come to visit. Fortunately, Randy was able to celebrate holidays and birthdays with his children and grandkids since they all lived locally.

Once the cancer was discovered, his health slowly declined over the next eight years. With sadness, he took a major decline in health the last year of his life. Randy continuously shared his love for Christ with everyone he encountered and was always a light to others. Near his graduation to heaven, his family and close friends were by his side to care for, read to him, and enjoy time next to him.

Even though our hearts are saddened, we have assurance that he is now in paradise in the arms of the Lord.

So sorry for your loss. God’s love and blessings to u and your family.

We know Randall if finally at rest and will be looking over you and your family until you are all reunited.