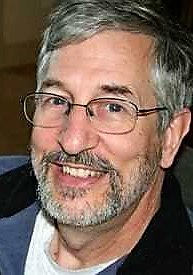 Stephen Brainard Manning, 64, of Kingwood, Texas was born on August 16, 1954 in Fort Wayne, Indiana to his parents Dr. George Charles Manning Jr. and Georgiana Van Boskirk and went home to be with his Lord on Wednesday, August 22, 2018.

He started his career as a graphic artist and relocated to the Houston, TX area in 1981. Over the course of his career he managed art departments at several design studios in Houston, TX before finishing his career as a damage prevention supervisor for oil & gas pipeline maintenance corporations.

Stephen was married to Ellyn Kay Boedeker on August 22, 1975 at Saint John the Baptist church in Fort Wayne, Indiana, and they were married for 43 years. He was a devout, faithful member of the Catholic Church, and a member of the Saint Martha’s Catholic Church parish since 1985 when the Manning family moved to Kingwood, TX.

He was a warm-hearted, selfless, family-first man. He was a loving husband and was actively involved in the lives of his three children (Mark Heron Manning, Laura Boedeker Manning, and Stephen Alexander Manning) and four grandchildren (William Hudson Lehrer, Benjamin Manning Lehrer, Harper Dale Manning, and Ryland Timothy Manning). Whether it was soccer games for Mark and Stephen, dance recitals for Laura, family reunions at Ocean Isle Beach, or wedding anniversaries in Tuscany; he was always present for every family moment in his marriage to Ellyn, his children’s lives and most recently his grandchildren’s lives, too.

Stephen was the case study on working to make sure his children were able to have amazing opportunities and experiences in life, and he would stop at nothing to make sure they had everything they needed or wanted. He was patient and tireless in playing with his grandchildren as if he were a child himself, concocting Star Wars story lines to keep young boys entertained for hours on end. He had a special wit and dry sense of humor that always had the family laughing (or shaking their heads) with the observations and jokes he would make. He was a vigorous reader always exploring new stories and learning new things, and he loved smart science fiction storytelling whether it be a book or a movie.

He will be remembered for being selfless, faithful, devoted, patient, and kind. He loved his dogs and had a particular affection for Golden Retrievers. From Thor to Charlie to Gus to Buddy and most recently Sparky, Steve was a dog lover and enjoyed walking the dogs, cuddling the dogs, and having dogs around him.