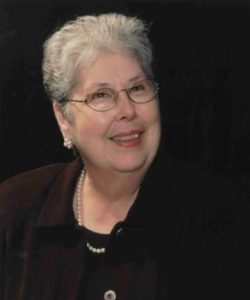 Loretta Ann Shuff Core, of Kingwood, Texas was born on September 30, 1939 (a birthday which she shared with her mother) in Oberlin, Louisiana. She passed away peacefully on May 27, 2022 and is survived by her daughter Candice and son-in-law Dax Hammers, her son Jason and four grandchildren: Caroline, Jacob, Camille, and Joshua.

Loretta was the only child of O.B. Shuff and Avenantine Fontenot Shuff, and was born on September 30, 1939 in Oberlin, Louisiana. She graduated Oberlin High School and then continued on to attend the University of Southwestern Louisiana in Lafayette, where she earned her Bachelor’s of Science degree in Business and English Education. After graduation, she began her career as a High School teacher in Elton, Louisiana. Eventually her path led her to New Orleans, Louisiana where she did some post-graduate studies at Loyola University and where she first began to study art.

While living in New Orleans she accepted a position with Exxon, and met the love of her life, Eugene Howard Core. They were married on June 4, 1966 in Basile, Louisiana. It was there where they adopted their first child, a daughter, Candice Eugenie Core. Shortly there after the family moved to Tyler, Texas where they decided to adopt their second child, a son, Jason Shuff Core. While in Tyler, she served as the President of the Tyler Art League in 1978. In 1986, the family moved to Kingwood, Texas where they would end up staying and finally retiring.

While living in Kingwood, Loretta became very involved with her new community. She became a member of the Kingwood Art Society, Hi Neighbor Club, which she served as president in 1988-1989, she volunteered at Kingwood High School and received a merit award in recognition of her outstanding leadership in their program. She was also a devout member of St. Martha’s Catholic Church, serving as a Eucharistic Minister and as a volunteer for the St. Vincent De Paul organization. She also volunteered two days a week for the Humble Area Assistance Ministries for over 7 years. Loretta loved helping others and service was a huge part of her life’s purpose. She also was an art enthusiast, and learning to painting in all mediums was one of her passions. Loretta was avid reader, continually seeking more knowledge, and always excited to try new things with a great sense of adventure and really enjoyed going on day trips with her retirement group, MAC.

She and her husband Gene, were collectors of many things, but found the most enjoyment in collecting Wedgwood pottery. During the 50+ years of their marriage they curated a very prized collection, and even hosted a private viewing at their home gallery in 2018, for the Wedgwood International Society. Some of the things Loretta will be remembered for are her love of cooking, especially baking cookies, and for her gift of entertaining flawlessly. Her favorite pastime was playing Bridge and she was involved with many groups locally as well as nationally. Of the many things she has done in her life, her legacy will continue to live on through the kindness and compassion she selflessly showed to others and the loyalty and faith to her church and family.