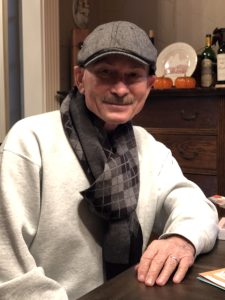 Leon Bruce Fuller, 74, went home to be with his Lord and Savior on October 8, 2022. Although not a Texan by birth, he claimed Texas as his home, often borrowing the saying of “I may not have been born here but I got here as fast as I could.” Bruce was born on November 7, 1947 in Pascagoula, Mississippi and moved to Houston when he was three months old. He married his loving wife, Judith, in 1979 and became a stepfather to Jason and Erik Wagner, both of whom he helped raise into young men.

Bruce graduated from Sam Houston High School in Houston, joined the United States Air Force in October 1966, and served his country in The Philippines and Vietnam during the Vietnam War. He was honorably discharged in October 1970 and returned to the States, where he earned his Bachelor’s degree from Sam Houston State University. He attended the Houston Police Academy, Class Number 75. He joined the Houston Police Department on September 13, 1976 and he served the citizens of Houston for thirty-six years in the Northeast Patrol, Emergency Communications, Special Operations, and Mounted Patrol Divisions until his retirement on January 18, 2013. During his tenure with the Houston Police Department, he worked many additional jobs, including thirty-six years at Memorial Hermann Hospital.

Bruce loved his God and Savior, his biological family, and his family in Christ at Founders Baptist Church. Bruce enjoyed reading, jogging, horseback riding, dancing with his wife in the kitchen at home, and studying the Bible. For many years, he participated regularly in Special Olympics fun runs to Austin and the annual Special Olympics event there. He loved horses, dogs, and cats, especially those dogs who were in his life (Jeb, Houston, Bogey, Big Dog, and Rocky). He was a devoted member of Founders Baptist Church, where he served as an usher, on security detail, and as a trusted member with church funds. He served God and others in the strength and abilities that God provided him.

God sovereignly and graciously granted to Bruce genuine saving faith in Christ Jesus as Savior and Lord on November 5, 2000, bestowing on him the gift of eternal life in Christ. While he loved his family and friends dearly and deeply, this unmerited gift of salvation from God was preeminent; it was his greatest joy and his greatest comfort in life and in death

In lieu of flowers, those wishing to honor Bruce can donate to Founders Baptist Church, www.straighttruth.net, or the Houston SPCA.

I am sorry to know that Bruce is gone, but I know he is in a better place now. No more suffering.

Thank you, dear Anna! So true — no more suffering!
Love you!

Kim, I remember you from a long time ago and thank you so much for your kind comments about Bruce. He was a great friend to many people and the center of our home and family.
Judy Fuller

So sorry to hear about Sgt Fuller’s passing. He was such a great person. I loved working for him. He would always make me laugh, even when he wouldn’t even try. Rest in peace!!!

Bruce was a great co worker and friend. He will be missed. Prayers for his family and friends 🙏🏻🙏🏻🙏🏻🙏🏻🙏🏻

Russell, thank you so much for your kind words about Bruce. He was special, and we all are going to miss him but our peace is in knowing that he is safe in the arms of our Lord and Savior forever!
Judy

Bruce was an amazing person who made such a huge difference in my life. He willingly came into the life of a mother with two sons and treated us like he had known us all of our lives. He helped make us into the people we are today. We are fortunate to have known him and to have him in our life. We will miss him and work every day to honor him.

I rode with Bruce while he was still a probationary officer after he graduated from the academy. We got to know each other well and I always valued his friendship. I was deeply saddened to see Bruce had passed away. He left us with many good memories. I offer my sincere condolences to his family.

Thank you, Jack, for your very kind words about my husband. He loved his job and the people he had the privilege of working with, or for.
Judith Fuller