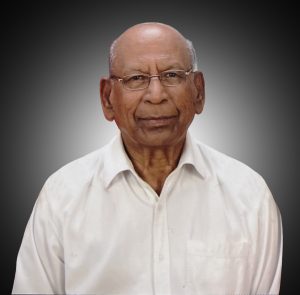 Varghese was born to, Varkey Kottickal (Pappachan) and Aliyamma Pulikkal on July 5, 1938 in Keezhillam of Ernakulam District, Kerala. He married Sosamma Chambakottukudiyil, from Ayakkad, of Ernakulam District, Kerala who passed away on November 4, 1998. He is survived by his son Joji and his daughter-in-law Sureka and their daughter Shreya. He is also survived by his siblings GeeVarghese, Mary and Lazar.

His career started as a Presidential Palace Guard of the Indian Army. While serving in the Indian Army, he participated all three major wars in 1962, 1964 and 1971. After retiring from the Army, he immigrated to USA and settled down with his wife in Houston, TX, where he worked for Houston METRO for 25 years.  After his wife became ill in 1994, he took an early retirement to take care of her.  After the death of his wife in 1998, he returned to India for charity work and began the KPF family home where mid-day meals were provided for the homeless and the poor. Finally, he returned to US to spend his retired life.

Varghese was a kind-hearted person who grieved with those in sorrow and pain. His moto was to give back to the communities where he lived and worked and considered this his duty.