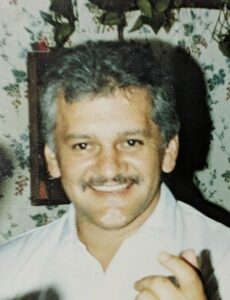 José Misael Cortés passed away on August 15, 2022.  He was born in Chiquinquirá, Boyacá, Colombia on April 28, 1946, to Misael Cortés and Lindaria Porras.

José was one of eight children.  He loved his family and kept them close.  He spent his days praying, walking his dog Charlie, and working on his business.  He also loved calling his friends and family and catching up with them.  He spoke with his close family in Colombia, South America daily.  Every chance he and his wife Nelly had, they would travel to see his two sons William and Alan to spend time with them.  José also loved spending time with his 5 grandkids (Rosie, Jackson, Alex, Fiona, JoJo) and his grandkids loved him dearly.  The youngest of the grandkids would dress him up and boss him around and tell him how to play the games they wanted to play.  During his life, he particularly loved anything related to farm animals, teaching, pursuing business endeavors, and helping many young students get their careers started.

José achieved a scholarship to come to the United States in 1979 to attend Louisiana State University to pursue post graduate studies of Veterinary Medicine in Baton Rouge, Louisiana.  While in Baton Rouge, José and Nelly had 2 sons, Alan the oldest and William 4 years later.  José and Nelly chose to remain in the United States for the opportunities their family and sons would have.  Both sons are grateful for their parents’ sacrifice.  In 1988, José and Nelly moved from Baton Rouge, LA to Houston, TX to advance José’s career.  José went on to pursue various careers, but most notable was being a College Professor of Biology as well as Anatomy and Physiology at the Texas Lone Star College.  José was a professor for over 25 years.  Over the years, he and his family ran into many successful Doctors, Nurses, and Funeral Directors in the Houston area that were his former students; they spoke very highly of him and his ability to teach, coach, and mentor.  José influenced many medical careers and lives.

José was so proud of his 2 sons that served in the United States Army and Marine Corps and the lives they built.  José and Nelly were both teachers which allowed them the ability to take many extended vacations during their time off.  This allowed them a lot of quality time with their family.  José and Nelly made every effort to visit their sons and extended family during their time off; no time was wasted.  They both fondly remember when the stayed with their oldest son Alan for an entire month when he lived in Hawaii and got to spend time together and travel the islands.  There were many other family visits over the years, where José and Nelly were able to spend time with each other and bond.

José had a close call with an appendicitis which nearly cost him his life in 2017.  His family stayed with him as he spent 5 weeks in the hospital until he recovered, although it took its toll on his body.  God blessed José and his family with another 5 years to spend time with him before the end.  Shortly after the incident in 2017, José was diagnosed with Parkinson’s Disease which he fought but ultimately took his life.

It was impressive to see José deal with Parkinson’s Disease.  He never complained about his situation, and instead he remained positive, turned to God, prayed every day, and made the most of the time he had left to have quality time with family and friends.  His family will always treasure the blessing of the additional 5 years they had with José after his near-death experience in 2017.

He was a great dancer – he and Nelly loved to dance together, especially Salsa dancing.  José had the rare ability to meet people and form instant friendships.  Everyone adored him and thought he was one of the finest men they ever knew.  When there were get-togethers, José was the life of the party.

José is survived by his wife, Nelly whom he loved dearly; his oldest son Alan and his wife, Jessie; his youngest son William and his wife Gloria; his grandson Jackson; his granddaughters Rosie, Alex, Fiona, and JoJo; his brothers Alonso, Pedro, and Helberto; his sisters Amanda and Dora; his loved nephews and nieces.

Always easy going, friendly and caring, José touched many lives in a positive way.  José truly did more for others than he did for himself.

Religious Ceremony at St. Martha Catholic Church in the Chapel (to the right of the church)

From far and wide, we stand with auntie Nelly and the family in this time of mourning. Uncle Jose was the very epitome of a gentleman. His intelligence and honesty, embellished by kindness, charm and humour, made him the best uncle anyone could ask for. We are all richer for his life, and his memory will be treasured by many generations in our family to come.