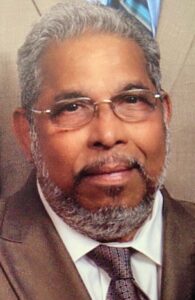 John Jacob, affectionately known as Kunjunju, was born on February 13, 1939, in the Pinamchira family (Kittenparambil) at Champakkara, Kottayam, Kerala, India.  He is the 6th child out of 9 children (4th son) to Mrs. Mariamma John and Mr. Ulahannan John.  He is survived by his wife (of 56 years) Mariamma, children (Mary (Beena), Betty, and Johnny) and grandchildren (Gabrielle, Andrew, Sophia, Aidan, Christopher, Abigail, and Adam) and children in-laws (Rajan – husband to Betty and Julie – wife of Johnny).

Kunjunju completed his high school education from St. George High School in Puthupally, Kerala.  At the age of 18 he went to Assam, India and started his quest to explore the world and build a future for himself.  He lived there for several years and then moved to New Delhi.  In 1966, he met and married Mariamma and together they lived in New Delhi where they had 2 daughters (Beena & Betty) and lived for 6 years until the opportunity was granted for a new life in America.

Mariamma moved first (in 1972) to Hartford, CT and joined St. Joseph Hospital as a nurse.  One year later, Kunjunju and daughters followed suit (May 1973).  He joined The Connecticut Bank & Trust Company and took a second job (temporarily) as a pharmacy tech so that they could buy a home as soon as possible.  In 1975, they had a son (Johnny) and soon after bought their first home in West Hartford, CT. They continued to build a family life and maintain friendships with lifelong friends in both CT and NY until they moved to Houston, TX in 1981.

After moving to Houston, in the Northshore suburb, he decided to attend night school at Houston Community College so that he could get a better job to support his family. He worked hard and maintained a 4.0 average. Kunjunju joined Post Oak Bank (Galleria) and worked there for more than 15 years.  He and Mariamma were also part of the founding families that met and built the Trinity MarThoma Church congregation – this was the first MarThoma church in the US.  This effort created a new set of lifelong friends and relationships that provided a network of support and social activities.  John retired from full time employment at the age of 56 and in 2001, the couple moved from Northshore to the Sugarland/Missouri City area.

Kunjunju’s philosophy in life was to work hard to build a better future while maintaining strong relationships with family, friends, and the community. He was most joyful when spending time and connecting with each of his grandchildren and watching them reach their milestones. He also held a great deal of pride in each of his kids and watching them build their lives.  His friends remember him for his jovial nature and passion for weekend get-togethers filled with food, games, and lots of laughter.  Kunjunju loved playing with his grandkids, gardening, watching sports, and reading. He later developed a habit of reading his bible daily and marking important verses for his spiritual life.

Kunjunju will best be remembered as a man who was a friend to many but to his family, he is lovingly referred to as Pappa.  Pappa leaves behind a legacy as a dignified father, grandfather, and friend who was happiest to be around those he loved.  His family was grateful to have had the opportunity to spend the Thanksgiving holiday with him before his sudden passing on November 26th, 2022.