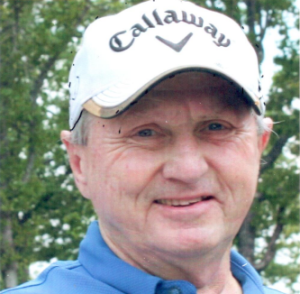 John Allen Bertsch was born to Bernard and Carol Bertsch on December 28, 1947 in the small farm town of Tiffin, Ohio. His father was happy with his new tax deduction.  He grew up in Bucyrus, Ohio, a small farming community, with his younger brother, Larry. When he would get in trouble for picking on his brother, he would tell his mother that “the devil made me do it.” So his interest in theology started at a very young age.

After graduating from Mansfield High School, John attended Asbury College in Wilmore, Kentucky where he majored in history. It was at Asbury where he met, Carol, the love of his life, a fellow history major. John signed up for deferred enlistment in order to be able to complete his studies on time. An interesting fact about John and Carol is that they graduated from Asbury College in the morning of June 1, 1970 and were married that same afternoon. John and Carol just celebrated their 52nd wedding anniversary. After graduation, John began boot camp where his hereditary eye condition was discovered, and he was given a medical discharge. John and Carol settled in Carol’s hometown of Beaver Falls, Pennsylvania.

John began his married life as a teacher, but soon found out that was not his calling. He then started at an entry level position with the Babcock and Wilcox Steel Company. He worked his way up in the company and was given the opportunity to take some college classes and become a metallurgist. He moved around several times between Pennsylvania and Texas avoiding plant closures and eventually ended up living in Humble and working for U.S. Steel. He retired from there to take a position as an auditor for the metallurgy field for ISP Inserpetrol.

John had several hobbies over his lifetime including golf, woodworking and was an avid fisherman. His favorite activity was taking his daughter fishing when she was younger and then later, he was able to pass his love of fishing on to his grandson. John also loved to travel. He and Carol were able to take some amazing trips all around the world.

John was a loving husband, a wonderful father and a much beloved grandfather. He was a genuinely compassionate person who would help out complete strangers in need. His love of the Lord was truly his defining characteristic. John was raised by believing parents who passed their faith onto their son. He, in turn, lived his whole life as a faithful follower of Christ Jesus. He and Carol passed their faith onto their daughter and grandson as well.

John is preceded in death by his parents Bernard and Carol Bertsch, and leaves behind his wife Carol, daughter Kellee, grandson Alex, son-in-law Mike, brother Larry Bertsch and his wife Ilona, and several nephews and niece. He was deeply loved and will be truly missed.

A Memorial Service will be held June 18th, 2022 on Saturday at 2 pm, at Atascocita United Methodist Church.

So very sorry to hear of my cousin John’s passing. To Carol and Larry and their loved ones I send my deepest sympathy. May you be blessed with peace and loving memories of John. ❤️Kathy

Kathy
Thank you for your condolences we appreciate your thoughts and prayers. John always spoke fondly of you. Our hearts are broken

Carol
I was shocked to learn of John’s passing today. My thoughts and prayers are with you and the family.
Judi Rawlings Asbury’70

In a time and place of ‘belivers’, deceivers and
mostly in-betweeners, John Allen Bertsch was
a Mensch, a godly Man and friend. You
Both married well.
Rev. William Travis Collins