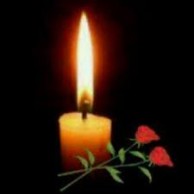 Jesse Adkerson Legg Jr, 73, of Cypress, TX passed away on the 17th of December at Herman Memorial Hospital. Jesse grew up in Texas and loved the state.

He worked a multitude of careers in his life. His list of accolades include being a volunteer firefighter and fire commissioner, EMS, mechanic, minister, repairman, key maker, jewelry maker, fishing pole crafter, writer, and a spiritual counselor are just a small quantity of the hats he wore. As an armed guard with Securitas Security for 10+ years in both Alabama and Texas, safety of those around him was always in the front of his mind. A veteran of the United States Army, he was a sharp shooter who kept his skills up until his last days. Happily recall his ability to put a whole clip in the space of a quarter this last year to those who would listen. He was an avid fisher and his eyes would light up anytime the subject was brought up. His love of fishing extended into his skill of crafting fishing poles and rebuilding reels until he was caught doing it with his eyes closed.  Jesse will be dearly missed and always remembered in our hearts and in our smiles.

Jesse Jr was predeceased by his parents Jesse Adkerson Legg Sr. and Billie Jean Watson Legg, his siblings Vernon Dean Legg Sr. and Dale Roy Legg. along with his eldest daughter Deborah Renee Braddy.  He is survived by his daughter Elizabeth Anna-Marie Legg, his granddaughters Brittany Brady, Katherine Morgan Crowe and Rebecca Megan Callis, and his many cousins, nieces, and nephews. Jesse requested a celebration of life be held in his honor as opposed to traditional funeral services. We request all of Jesse’s loved ones to join us in celebrating his colorful life at the Houston Revival Temple {29822 Kingbird Dr, Tomball, TX 77377} on January 6th, 2023 at 2pm. Friends and Family are encouraged to wear blue and green in honor of the way he wanted to be celebrated… a happy fishing trip.