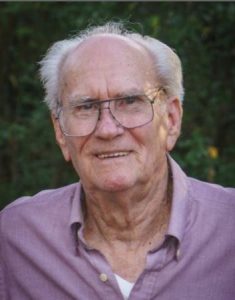 Jerry Ferguson, age 91, of Kingwood, passed away from this life into the presence of the Lord
on Thursday, the 27th day of October 2022, at Kingwood Memory & Assisted Living. He was
born on 13th day of February, 1931, in Verda, Kentucky.
Mr. Ferguson grew up in Jasper, Alabama where he graduated from Jefferson High School in
1949. Upon graduation, he joined the Navy and while stationed in Beeville, Texas met his
wife, Margaret Angermiller. After being married in 1953, they made their first home in
Corpus Christi, Texas where he started his career in the oil industry at Hess Oil. Years later,
the family moved to Deer Park, Texas, and finally, Jerry and Margaret retired to Palestine,
Texas.
Mr. Ferguson never forgot his Alabama roots and they remained close to his heart throughout
his life. Traveling and visiting several National Parks in the U.S. was one of his favorite
pastimes. He had a keen eye for fine craftsmanship whether it be cars, motorcycles,
watches, coins or country music; especially Johnny and Willie. He had two cats that he
absolutely adored.
He is preceded in death by his wife of 66 years, Margaret, and his brother, VL Ferguson.
“Papa” is survived by his daughters, Debbie Dewey and husband Rene of Cypress, Texas.
Denise Townsend and husband Craig of Kingwood, Texas. Diane Rybak and husband Wayne of
Houston, Texas.
Grandchildren, Candace Herter, Kyle Rybak, Jordan Townsend, Moriah Gienger, Nathan
Townsend and Anna Cox.
Great grandchildren, Quinn Herter, Carson Herter, Kayleigh Rybak and Ryan Rybak. He is also
survived by two nephews and several cousins.
The family would like to recognize the staff of Kingwood Memory Care for the wonderful, kind
and compassionate care provided to ”Papa Jerry” over the past eight months. We greatly
appreciate their love and service.

A funeral service to celebrate Mr. Ferguson’s life will be conducted at 11 o’clock in the morning on Friday, the 4th of November, 2022, at Darst Funeral Home, with Reverend Michael Gienger officiating.
Reception and lunch to follow service at Darst Funeral Home, 796 Russell Palmer Road, Kingwood, Texas 77339.

My sincere condolences to his family and friends.

Debbie – so sorry to hear about the loss of your dad. Our thoughts are with you and your family. ❤️ Teri & Steve

So very sorry for your loss of your precious “Papa.” You are in our thoughts and prayers and may you feel God’s presence, peace, love, and comfort surrounding you.
With love, Dan and Belinda Fischer