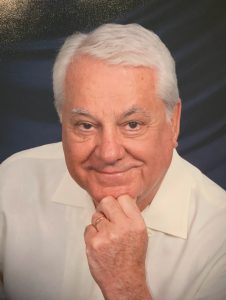 On Saturday January 29th, Robert Joseph (Bob) Gawlikowski of Humble, Texas passed away at his home. After several months of declining health, his fight ended peacefully, surrounded by his loving family.

He was born in 1941 to Adam and Mary Gawlikowski and grew up in Northwest Indiana. He graduated from Bishop Knoll High School in Hammond Indiana, attended college, and after moving to Texas, he worked as a sales manager at J.S. Paluch publishing company for 30 years selling bulletins, hymnals, and missalettes to catholic churches across Texas. He was a member of St. Martha Catholic Church in Porter TX. In his retirement he had a passion for volunteering which included helping at Martha’s Kitchen, a downtown Houston facility that feeds the homeless and with Second Family ministry assisting seniors get to their appointments. Also, he was an active member of the Knights of Columbus.

Bob enjoyed spending time with his family and grandchildren, going to Houston Texan and Astros games with his wife, Cheryl, and playing cards. He had a regular pinochle group and was always up for a game of cribbage. He was friendly with everyone and his sense of humor was ever-present, turning most any situation into a “grandpa” joke or Seinfeld reference. Bob was a big sports fan. He coached his boys teams when they were young and enjoyed playing golf. He was a passionate fan of Indiana basketball, and March Madness, and relished a family tradition spending Father’s Day with his sons watching the US Open golf tournament. Bob never met a stranger and had a consistently positive attitude that endured throughout his health challenges.

Any memorial donations can be made to MD Anderson Cancer research or Martha’s Kitchen.

A funeral service will be held on Thursday, February 10th at 11am, in the Family Chapel in St. Martha Catholic Church. 4301 Woodbridge Parkway, Porter, Texas 77365. All are invited to attend.

As a brother Knight, my prayers are with you always. I know you made a difference in the lives of so many. If being part of knowing God and being in heaven is being remembered in the hearts of others, then we all know you are there. To your family, please let me know if I can do anything to support including just being there.

Rest in peace, Bob. A good man and a good brother knight.

My prayers go out to your family Brother Bob. I am blessed to have known and served with you.
Council #12320 has lost a Brother Knight. Heaven has gained a faithful servant. May you rest in Peace.