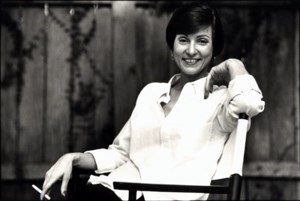 Barbara Begnaud Ferguson went to be with the Lord on 5 August, 2018. She was at home as she wanted and was surrounded by her children, grandchildren, sister and husband.

Barbara was born Barbara Ann Begnaud at Touro Infirmary in New Orleans, La. on 4 Nov, 1944 to Freddie and Merise McDaniel Begnaud. She spent her formative years in New Orleans and attended John McDonogh 35 High School. She was married in 1961 and gave birth to five children, of which three survived. The surviving children are Tina Palisi of Lafayette, LA., Frank Palisi III of Lafayette, LA. and Dominic Palisi of Diamondhead, MS. She also is survived by her husband Edward Ferguson of Kingwood, TX., her sister Monica Hunsinger of Covington, LA. and four grandchildren: Nicky, Olivia, Alyssa and Angelina Palisi, all of Diamondhead, MS. She was predeceased by her parents and two brothers; Jimmy and Robert Begnaud.

In 1981, she married Edward Ferguson at the First Baptist Church in New Orleans. They were subsequently married in the Catholic Church in 1999. In 1982 she moved to Webster, TX. While there, Barbara studied for and received her Associates degree in Computer Science from San Jacinto Junior College. In 1992, she returned to New Orleans where she took on the task of completely renovating a late 1800’s Victorian house. Her efforts were recognized in the New Orleans Times Picayune newspaper as an example of what could be done with those old houses. The restored house was placed on the New Orleans registry of historic homes and was invited to be a part of a walking tour to put on display the unique architecture and design of that era. In 2009, she moved back to Houston and chose Kingwood as the place where she wanted to retire. She loved her house, the neighborhood and Texas.

Barbara was an independent spirit. She loved to meet new people and loved traveling. She was proud that all of her children graduated from college, which was a first in her family. She loved good food and good times. She was always impeccably dressed and would let you know if she thought you could do better in your appearance. Given her sense of style, she was nearly always correct in her estimation. She was generous to friends, family and acquaintances. She would give them nearly anything they needed to help themselves but she believed taking responsibility for your own actions and not always relying on others to bail you out.