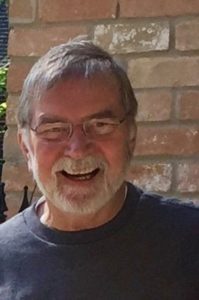 Billy ‘Bill’ John Elliott was born to John Elix and Dessie Sims Elliott in Lancaster, South Carolina where he grew up in Edgemoor with 6 brothers and sisters, and attended high school at Lewisville High School (class of ’65).  He married Anne Bagley from Rock Hill, South Carolina in 1967. He served two years in the U.S. National Guard.

In 1976, he moved to Texas and began his career on the ground-floor of the computer revolution.  Bill retired as the Vice President of Sales and Marketing from Systems Applications Engineering where he had the opportunity to travel internationally and make lifelong friends.  Bill was an active member in Kingwood United Methodist Church where he found great joy in his Agape Sunday School class, Wednesday morning men’s bible study group, Traveling Christians, The Walk to Emmaus, Helping Hands and Society of St. Stephens. He adored the community he developed around his love for Jesus.

Bill and Anne had two children, Paul and Adriane, and three grandchildren, Daniel, Sol and Nairi.  He often shared the endearing stories of his family far and wide as a gesture of his devotion, love and pride.  Many joyful laughs came from Bill’s never-ending humor, positivity and kindness.  He never met a stranger nor a project unworthy of tackling.  Bill enjoyed making wooden toys, adventuring with his 1961 Austin Healey and the Healey Club, fishing, eating hot dogs, and reading.

Bill loved to laugh, was slow to anger and was filled with integrity. He was a humble, kind, and brave man.  He loved his family deeply and told them so every visit, phone call and card.  He was a rock for so many.

The family asks that anyone wishing to make a donation in Bill’s memory can do so to: Oaks of Righteousness or Servants’ Feast through Kingwood United Methodist Church, 1799 Woodland Hills Dr., Kingwood, TX 77339.

A Memorial Service will be held at 10 a.m., Thursday, September 6, 2018 at Kingwood United Methodist Church. A reception will immediately follow in The Commons.

One condolence on “Elliott, Bill”

“Billy John” was my first school friend. He sat behind me in Mrs Jones’ first grade class at Chesterfield Ave. School in Lancaster. I missed him after that year. I am glad to hear he had such a good life.