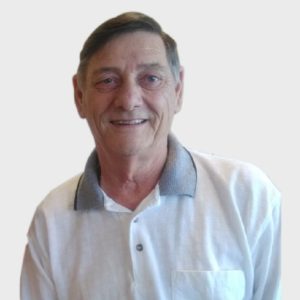 Douglas James Cummings, age 74, passed away peacefully surrounded by his loved ones on December 20, 2022. He was a loving and faithful Husband, Brother, Father, Grandfather and most of all, genuine friend and will be missed immensely.

Douglas James Cummings aka Doug and “Pops” was born on July 9, 1948 in Grand Prairie, TX to James and Wynona Hanna Cummings. He was the fourth child born into a family with three older sisters.

After finishing his education at L.D. Bell High School in Euless, TX. Doug joined the United States Army in August of 1966 and served the next three years completing Basic Training, Code of Conduct, Basic Airborne, CBR Training, Geneva Convention and Military Justice. The majority of time Doug served in the 82nd Airborne Division in Vietnam as a Paratrooper.  While in service, he received various medals: National Defense, Vietnam Campaign, Good Conduct, Combat Infantrymans Badge, Parachute Badge, Army Commendation Medal, Vietnam Service Medal and the Bronze Star Medal. Doug was always very passionate about our country and the preservation of our rights and freedom. He would lay his life down for one or for all.

After his completion of his Military service, Doug joined employment with Texas International in Grapevine, TX, in 1970, as an Air Cargo Specialist. For the next 40 years, he was faithful in his service Texas International, which Continental acquired, and finally transitioned into United Airlines.

In 1974, he met and married the love of his life Patricia Ann Alexander. They had 2 daughters, Nikki Larkin and Kriston Marler. In 2002. they built their dream home and loved building their life together there. In September, they celebrated 48 exciting years of marriage.

When Doug retired in 2010, he renewed his passion for gardening, woodworking, collecting, building projects, and fixing everything broken he could find.  He enjoyed having his grandkids close and spending time with them on his property and teaching them all could. He enjoyed music by Roy Orbison and The Everly Brothers and watching Fox News or The Discovery Channel, when he wasn’t working in his shed or mowing the yard.

We are thankful for the time we shared with our Pops here on earth. We rest in knowing, in 2018, he accepted the Lord and His redeeming love and grace into his heart. We believe the strength he received from the Lord helped carry him through these past four years, as though he was riding on the back of an eagle. We are happy he is without struggle and resting in peace, and look forward in joining him some sweet day.