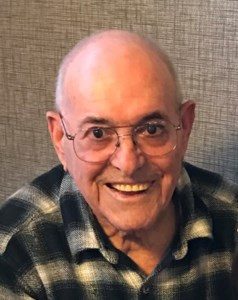 Jose Creo was born on October 15, 1928, in the small fishing village of Esteiro, Spain on a hilltop affectionately called “Creo”. Alongside parents Rosa and Jose and younger sister Maria, growing up in rural Spain imposed an influential characteristic on young Jose that would define him for the rest of his life: strength.   Whenever his name was mentioned, hard work was consistently associated with his character. This was a man who began work out at sea as young as fourteen and once went to work in construction with a torn Achilles tendon for three days.

As a child growing up in Spain, Jose was exposed to the Spanish Civil War and its consequences.  This made Jose a practical man with no excuses and no complaints.  Spain was his home where he was loved by many friends and family.  He served two years in the Spanish Navy as a young adult.  Then, for over a decade, he earned a living working on cargo ships to help support his young widowed mother and sister.  He eventually laid down roots in Queens, New York.  Ultimately, he spent the last few years of his life in Kingwood with his son’s family.

He was a Godfather and Grandfather to many friends and family.  In the end, Jose was a loving husband, a caring father, and a wonderful man, who continued to dedicate his life to support and provide for his loved ones.  Jose learned about God as a child, and in his last days, we know he was reminded of His love.