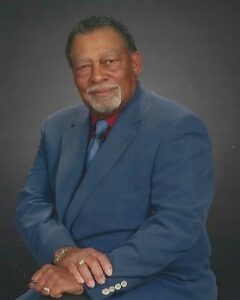 Nick moved to New Orleans, LA in 1942 where he lived for 63 years.  He met Ethel Elow of New Iberia at Xavier University and was married a year later. From this union they had two children, the late Denise Marie Nicholas Jackson of Kingwood, TX. and the late Charles Edward Nicholas, II (Pamela) of New Orleans, LA.

Nick graduated from Xavier University in 1959 where he earned a Bachelor of Science degree in Medical Technology.  After graduating, he worked as an Emergency Supervisor at the Veterans Administration Hospital of New Orleans for 30 years. In addition to his distinguished career with the VA, Nick worked a second full-time job at several other hospitals, including Flint-Goodridge, Tulane University Hospital, Charity Hospital, and Methodist Hospital. He earned many accolades during his career, but he was most proud of the work he did to set up the laboratory for the first group of Black Doctors and his work with Dr. Gerald Benson to get the now famous Boglousa Heart Study in operation.

After Hurricane Katrina, Nick and Ethel moved to Kingwood, TX. They were able to reconnect with their family and New Orleans friends all while making new Texas friends. They created wonderful memories in their new home.

Nick was a member of the Kappa Alpha Psi Fraternity. He was an avid lover of horse racing, music, and technology. There wasn’t a gadget that he didn’t love, especially Alexa.

Nick is survived by his loving wife Ethel Nicholas and his five grandchildren, Joseph A. Jackson, II, Jeremy A. Jackson, Jared A. Jackson of Kingwood, TX, and Chad A. Nicholas and Chelsea M. Nicholas of Slidell, La., his sister-in-law Mary A. Johnson (Wilfred), his brother-in-law Joseph Elow (Marie) and a host of nieces and nephews.

In lieu of flowers, please donate to the American Heart Association.

I am saddened by the unexpected news of Mr. Nicks passing. My deepest sympathy to beautiful Ethel and family.

My fondest memory of Mr. Nick is how he enjoyed sitting in his garage enjoying his day. I will say hi to him and he put his fist near his heart and he would say familia. You’ll be missed Mr. Nick!