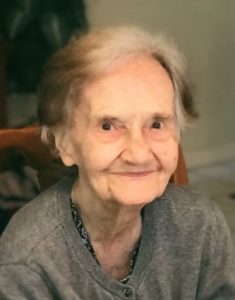 Born a month shy of the stock market crash that contributed to the Great Depression, Betty faced several adversities in her early life. The late Carl and Zarata (Bish) Zehender welcomed Betty and her identical twin sister, Barbara, to the world on September 12, 1929 in Findlay, Ohio. Barbara and Betty were the Zehender’s 10th and 11th born. Carl and Zarata would go on to have three more boys, having a total of fourteen children. Growing up during the Great Depression in a large family in poverty proved to be challenging and would forever shape Betty’s life. Betty experienced great losses at an early age. Her mother died of tuberculosis when she was 10, leaving behind her father and the eleven surviving children. Tragedy struck again when her father died from a stroke when she was 15. To prevent the younger children in the family from being sent to foster care and likely separated, Betty’s older sister Sophia stepped in to raise her and the other four minor siblings. Sophia became the parental figure in their lives and her selfless kindness and values greatly influenced Betty for the rest of her life. Not only did Betty experience the loss of several close family members, but she faced her own personal adversities. When she was only 9 she experienced a severe bout of rheumatic fever. Her condition seemed so critical that her parents felt the need to purchase a plot in the local cemetery for her. However, Betty overcame her illness and later survived another close encounter with death when her appendix burst after a day of swimming with a few of her siblings.

Betty’s early misfortunes did not hinder her desire to pursue higher education. In 1951 Betty graduated from Findlay College with Bachelor of Arts degrees in History and Sociology. She and her twin sister, Barbara, were the first members of their family to attend college. After graduating from college Betty met Donald Warner, a native of Pennsylvania who also attended Findlay College, and they married in 1954.  After moving first to Kentucky and then to Pennsylvania, Don encouraged Betty to attend graduate school to become a professional librarian. Betty received her Masters in Library Science from the Drexel Institute of Technology in 1964.  Her studies led to her being employed at the University of Pennsylvania’s prestigious Biddle Law Library as a law librarian. During her time at Biddle, Betty worked for legal scholar and prolific author Morris Cohen. Mr. Cohen credited Betty as a primary researcher for several of his books including his “Legal Research in a Nutshell” which would become the standard treatise for legal research for law students and others for decades. The book was such an important resource that her own son was assigned to use it when he attended law school.

In the mid 1970’s Betty and family moved to Washington State where she became a law librarian at the University of Puget Sound. She lived in Washington until she retired in the early 1990’s and moved to Kingwood, Texas to be close to her eldest daughter’s family. She dearly loved her grandchildren.

Despite being retired, Betty kept herself busy by taking part in one of her many passions: volunteer service. Though Betty had a quiet disposition, she shined in her volunteer work. Betty was an active and faithful volunteer at both her church and at the Humble Area Assistance Ministries. She also enjoyed watching Astros Baseball, reading mystery novels, watching Jeopardy with her children and grandchildren and traveling with her husband, Don.

Betty was predeceased by her husband of 65 years, Donald Warner. She was the last surviving of the 14 Zehender siblings.  She was predeceased by brothers Clarence, Charles, Fred, Carl, Richard and Franklin Zehender, as well as sisters Katherine Tooman, Edna Lindquist, Helen Sophia Zehender, Frances Zehender, Caroline Zehender, Martha Manley, and her twin sister Barbara Wilkin.

Betty was a longtime member of Kingwood First Presbyterian Church. Betty’s family would like to express their gratitude to Altus Hospice Care for their devoted caregiving during her time of need. In lieu of flowers, the family asks that memorial donations be made to the Humble Area Assistance Ministries (HAAM) in Humble, Texas, which was one of Betty’s favorite charities.

One condolence on “Betty Jean Warner”

Our deepest sympathy for your loss. May you and your family be comforted with love and prayers during this sad time.