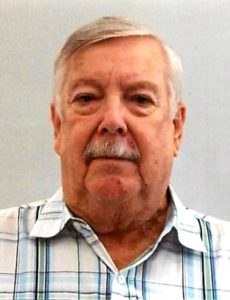 He proudly served his country in the United States Marine Corps and later began his career with Continental Airlines where he worked for 38 years. Larry was a longtime resident and lived in Texas since 1989. In his time, Larry loved playing golf, and enjoyed playing pool at Molly’s Pub, his second home.

Larry was preceded in death by a sister, Caroline Vanselow; a son, Rick Davenport; and daughter, Denise Benson. He is survived by his children, Robert Benson, Dede Jeffers, and Debbie Spradlin; sister, Barbara Colter; as well as his grandchildren, great-grandchildren, nieces, nephews, and a host of friends.

In lieu of flowers the family has asked that donations be made to the Navy-Marine Corp Relief Society (nmcrs.org) in memory of Larry Benson. Fond memories and expressions of sympathy may be shared at www.darstfuneralho.wpengine.com for the Benson family.

“Our Father’s time in the Marines were some of his most fondest memories.”