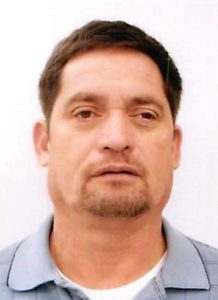 Roy Luis Bantigue was born February 12, 1963 in Olongapo City, Philippines. He immigrated to the U S in 1972 along with his family. He was the son of Lolita Boyd and the late Howard Boyd. Besides his mother, he is survived by his brothers and their wives; Butch Bantigue (Leticia), Lee Boyd, Clinton Boyd (Jennifer) and one sister Michelle Eguchi (Neal) along with 6 nephews and nieces. He is also survived by his husband David Felton.
Roy was raised in Corpus Christi, Texas where he graduated from Ray High School. He was 15 years in the Army where he served 2 tours in Germany and once in California. He also served in Kuwait during Desert Storm. After the Army he worked in the US Postal Service for nearly 20 years.

His interest included travel and made it to 40 states and 10 countries. Many of his travels included national bowling tournaments. He made friends easily and had one passion and that was dogs. He collected at least a thousand dollars a year for HOPE (Homeless and Orphan Pets Endeavor). He will be dearly missed.

A Celebration of Life will be held at Darst Funeral Home, 796 Russell Palmer Road in Humble, TX on Thursday, May 4, 2017 at 10:00 AM. In lieu of flowers please send a donation to HOPE.

Funeral: A celebration of life was held on 2017-05-04 at Darst Funeral Home. With a Reception to follow, garden attire is suggested as most activities will be outdoors.

One condolence on “Bantigue, Roy L.”

I TRULY CANT UNDERSTAND WE NEW EACH OTHER FORT HOOD THEN I WAS STATIONED IN GWREMANY WE HAD ETREME FUN I HAD A STROKE 2017 LOVE YOU ROY I WILL SURELY MISS YOU.