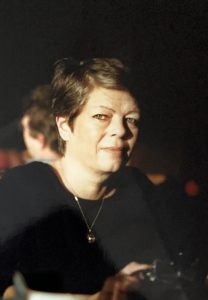 Sandra Fitts Perry, 81, of Carrollton, Texas, beloved mother, grandmother, and great grandmother, passed away on November 21, 2021 after a long battle with Alzheimer’s.

Sandi was born on July 22, 1940 to Albert and Leona Fitts in Seattle Washington. After graduating from Lincoln High School, she attended Washington State College, where she met her first husband, John Chase.

She followed John to California, where she worked as the first female lab assistant in two highly regarded Genetic Research Facilities. After having her only child, Jay, she transitioned from scientific research to the family business, accounting. She started by assisting her parents in their business, then moved on to the corporate world.

During her career, she was the Nation-wide Corporate Tax Manager for both Bonanza Steak House and Pizza Inn. After retiring from Pizza Inn, Sandi worked as a consultant for a leading Tax Software company in their Corporate Tax Section.

Sandi was that person who always completed the Sunday New York Times Crossword… in pen. She was a lifelong member of Mensa and loved logic puzzles, math puzzles, and yes, crossword puzzles. She would do countless friends’ taxes for free over a handful of weekends, regardless of how complicated, with zero errors.

Sandi will be remembered most by those who love her for her ability to listen, to analyze, and if requested, to offer solutions. Her dining room table was a place where many philosophical discussions were held and both world and personal problems were solved. She only had one son, but she was considered a second mom to so many more.

Sandi was predeceased by her parents, her second husband Lawrence Wells, and third husband Jim Perry. She is survived by her son, Jay Chase, his wife Valerie, their four children, Christopher, his wife Laura, Nicholas, his wife Flo, Emily, her husband Nathan Tong, and Katherine, four great grandchildren; Alexander, Michael, Madison, and Josephine, sister and brother in law Karen and Ron Penaluna, along with their children, Tony, Casey, and Christian, as well as an extended family of cousins and her step-children, Joel, Steve, Jimmy, and Janine Wells and their families.

Sandi spent her last years in the care of the Cottage of Spring Branch. They were in large part responsible for her improved quality of life as she battled the progression of Alzheimer’s. From Deana Mohr, who drank coffee with her every morning to the caretakers who had been with her throughout, volunteering to stand vigil with her around the clock toward the end, their efforts and care will never be forgotten.

At Sandi’s request, there will be no service. She will be laid to rest near her beloved father, mother and extended family at Evergreen Washelli Cemetery at a later date.

At Sandi’s request, there will be no service. She will be laid to rest near her beloved father, mother and extended family at Evergreen Washelli Cemetery at a later date.