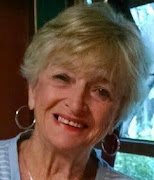 Joan James Chianelli was a caring wife, mother, grandmother, great grandmother, sister and friend. She left this world on November 20, 2021 at the age of 93 at her home in Conroe Texas. She was born to Bill and Ruth Mummert on September 17, 1928 in Wier Kansas. She grew up in Coffeyville Kansas and graduated from Field Kindley High School.

Joan will be remembered by how witty and humorous she was. Family and friends loved to be around her. She was definitely one of a kind, sassy and very classy. She had a love for animals and had many during her life.

She married Bob James in 1955, who served in the United States Air Force. Together they had 4 children.  Later in life she married Mike Chianelli where they resided in Conroe Texas.

A celebration of life will be held at a later date.

Rest in Peace Aunt Joan. Thank you for all of the fun and fabulous memories that we all shared. You made every family event that you attended more lively and fun because of your amazing sense of humor and witty sayings. We just adored you and you will be missed forever. I Love You and I will always carry you in my heart. Love, Nicki and Family.

Joan was the wife of my older brother Robert James when I was about 12 years old. She was my idol growing up because she was always kind and loving, treating me very special, and she and Bob were so beautiful together. Times and life circumstances change, and Joan and rotated close in spirit all her life. I have been blessed by her and all of My nieces and nephew all throughout life. Conn my fort and love come to all of you. Mary Dean

I love you mom with all my heart. I will miss you until the day I die. You were my best friend and the rock of our family. Don’t worry, Dawn, Ellen and I will always be together and look after each other. Love always, Beth and Jack

We love you mom, there are no words to describe your wit, humor and wisdom. I will cherish all my memories of you and especially your advice. We will all miss you❤️ Love, Dawn, Bebo, Matthew and Joseph

Dawn, Beth and Ellen, I’m so sorry about your mom. Sending prayers to the family.

Merry Christmas in heaven mom. This Christmas was not the same without you. We gave gifts from you to the twins, Matt, Kelly and Joe. They all love you and it was very emotional for all. But we had fun because that is what you wanted. Charlie even came. We all love you and miss you so much. 💕