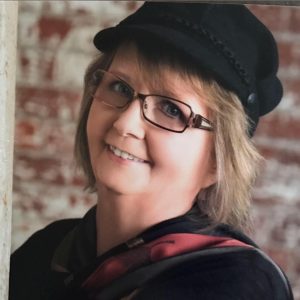 Connie Logan, 74, was called to be with God’s angels on Sunday, September 19, 2021, at Memorial Hermann Hospital in Houston, losing a nine-year battle with an auto-immune disease, scleroderma.

She was born in Brooksville, Florida on April 16, 1947, to parents William Lee Riley and Ada Constance (Pruitt) Riley. Graduating from high school in Little Cypress, Texas, she entered an administrative assistant career, including positions with DuPont in Orange, Texas and Wilmington, Delaware. Due to frequent relocations, she worked many positions, but her favorite job was with the president of the University of Houston, Victoria campus, Bob Maxon. During her time in Victoria, Connie attended college, reaching three years of credits.

Connie married Daniel Logan in November 1972. She and her husband lived in twelve different locations, finally returning to the Enclave subdivision in Oakhurst after retirement.

Connie became a gifted photographer with an eye for wildlife and flowers. She won the first contest she entered with a photo entitled Snow Skirmish about a cardinal and a woodpecker battling for seeds in the snow. The second contest she won was with an abstract photo entitled Laughing Leaves. A favorite memory is her crawling outside her home in the snow in below zero weather wearing nothing but a robe to capture a photo of a fox and her cub.

She loved to travel with her husband by RV, returning many times to the Pacific Northwest. She enjoyed the Olympic Peninsula and the San Juan Islands, always taking scenic photos along the way.

Connie is survived by her husband and a younger brother Allen Riley. She was preceded in death by her parents and an older brother Charles Riley.

Celebration of Life services are to be determined at this time but will be held locally and in Carmel, Indiana. Darst Funeral Home in Kingwood is caring for her here. Interment at the Carmel Cemetery will be entrusted to the Bussell Family Funeral Home in Carmel. Contributions in her honor may be made to the Scleroderma Foundation at scleroderma.org.