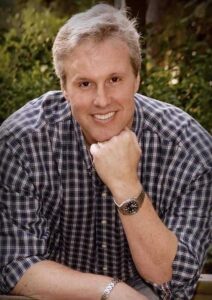 Wade Nash Simon passed away at home, in hospice care, with the love and support of his wife- Lisa and daughter Sydney on April 9th, 2021, at the age of 58, after suffering from complications associated with early onset Alzheimer’s Disease.

He was born on January 19, 1963, in Salt Lake City, UT, to Larry Joseph Simon and Carole Nash Simon. He was preceded in death by his father, Larry in November 1999 at age 59, and his mother, Carole, who recently passed in January of this year at age 78.

He grew up in Houston, graduated from Robert E Lee High School in 1981, and received a BBA from Stephen F Austin in 1986. He was a member of Sigma Chi fraternity.

Wade gave up his bachelorhood at age 36, when he met his match after a competitive first date on the basketball court. He married his best friend and the love of his life, Lisa Demuth Simon, on January 25, 1999 in Grand Cayman. They were blessed with 2 daughters, Sarah Nicole and Sydney Lauren, who gave his life a whole new meaning. They lived in Pearland, TX and moved to Kingwood, TX when girls were school age.

Wade was talented and gifted in sports, playing soccer, tennis, golf and basketball. He loved both indoor and beach volleyball, playing in the Westside Y, Third Coast, and Second Baptist leagues. Wade had a passion for photography and enjoyed building computers and learning new software. Wade was an enthusiastic comedian, but an even better cook. He loved collecting things and remodeling with his HGTV wife.

Wade was full of information on a variety of subjects, enjoyed music quiz games in the truck with his girls, and watching Jeopardy. He also loved his family fishing trips to the bay house in Smith Point, TX, and his dogs (Barny and Angel) with all his heart.

In addition to his wife and daughters Wade is survived by his brother, Shannon Simon.

A Celebration of Life will be held at Marquis II on June 13, 2021 at 1 p.m. Arrival times will occur in intervals to satisfy COVID precautions.

A Celebration of Life will be held at Marquis II on June 13, 2021 at 1 p.m. Arrival times will occur in intervals to satisfy COVID precautions.

So sorry to hear of Wades passing.What a great kid

Rest In Peace Wade. You were a great friend of mine at Harris County

Sorry you left us way to soon buddy! We always had great lunch conversations and always enjoyed playing a game of darts or shooting hoops with you! May God rest your soul and reunite you with your parents and friends and family who departed before you! You were one of akind and you’ll be truly missed my friend!