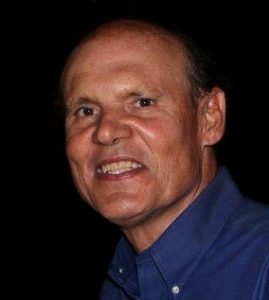 Steven Kent Schneider passed away on February 25, 2021, at age 70 after a courageous and hard-fought battle with cancer. He was a follower of Christ, dedicated husband, loving father, caring grandfather, uncle and brother, fun-loving friend and avid sports fan, especially of the Kansas Jayhawks.

He was born to Verna and Alex Schneider on September 29, 1950, in Great Bend, Kansas. In his hometown of Otis, Kansas, he was well known for stirring up (mostly) harmless shenanigans with his closest pals throughout his adolescence. In high school, he displayed athletic talent on every kind of ball field and court, was voted Homecoming King by his peers and graduated as the 1968 Otis High School salutatorian.

During his years at Fort Hayes State University, he met Jeanne Call, who became his wife in 1971. After earning his Bachelor of Business Administration, Steve and Jeanne moved to Liberal, Kansas, where he began a more than 30-year long career in the oil and natural gas industry with Panhandle Eastern Pipeline Company. His career as a landman for Panhandle and its former subsidiary, Anadarko Petroleum Corporation, took them from Kansas to Colorado to Oklahoma and eventually Texas, where they would call home for 30 years.

Together, Steve and Jeanne had two daughters, Shelley (and Brad Armstrong) and Stephanie (and Jonathan Moreland), four granddaughters, Brielle (14), Tilley (10), Trinity (8) and Finley (4), and after a lifetime of being surrounded by women, a grandson, Jensen (1). He is preceded in death by his mother, father and two older sisters, Peggy Koehn and Alexis Nichols.

Sorry to hear of your loss. I went to school with Steve from 1st grade on. He was a wonderful person and friend. He will be missed by all who knew him.

Steve and I were constantly competing for good grades in high school so he didn’t like it much that I got to be valedictorian and he came in second even though I know it was close. I never saw him except at class reunions but I will miss that. He was a good guy and I considered him a dear friend.

Rest In Peace Steve: We fought a lot of battles together at Anadarko and we always could count on battling them together. May God grant peace to your loving family.

So sorry to hear of the passing of our good friend. Steve was a wonderful man and he was a great friend as well. We share in your grief at our sad loss. We will never forget all the good times we had together. Some fun vacations together.

We are so sorry for your loss. We will keep you in our thoughts and prayers.

So sorry to hear of Steve’s passing. He and I were classmates, friends and cousins. I have many good memories of him. Sending our deepest sympathy and prayers for the family.

We are so sorry for your loss. Keeping you and your family in our prayers!!! Steve was such a kind person with sweet heart and he will be missed by all.

So very sorry for your loss. Steve was a great guy, always willing to take time to chat with you! He will be so missed but I know he fought a hard battle and now can rest. My thoughts, prayers and love are with you all ♥️

Sp sorry to hear of Steve’s passing. I am a year younger than Steve and played football with him in High School. I admired his leadership, confidence and tenacity on the football field.

Sorryto hear of your loss. Steve was my cousin,and went to school with with Steve in Otis, Ks. He graduated with the class of 68, and I was from the class of 67. He will be missed

Jeanne we are so sorry to hear of Steve’s passing. Our thoughts and prayers are with you and your family.

I think God knew Terry needed another Jayhawk in the Heavenly club.
Steve was a great guy and we enjoyed all the great times we got to spend with all of you over the years.
Wonderful Memories!
Prayers with you all💞

My deepest sympathies to Jeannie and family.

I had the pleasure of working with Steve at APC for many years. He was truly one of the very finest Landmen in the business. And he as funny and always willing to help. It was my privilege to work with him and to call him my friend

I am saddened to hear of the death of my friend, Steve. He was the landman when I worked the KS area at APC. I was blessed to know Steve. My condolences to his family.

It would be a book to cover all the wonderful memories our families shared. It started in sports while we lived in Liberal, Kansas and we were a golf twosome ( though not very good ) in the Panhandle Eastern Golf League. The 4 of us learned to ski at Monarch and Steve ended with second degree burns on his forehead. I will certainly miss you, but the memories remain. Rest in Peace My Friend.

I loved Steve from the moment we met which, as I recall, was when Jen and Stephanie started playing softball together at about age 12. Steve and I helped coach a few teams together and I have fond memories of Steve and his easygoing manner and sense of humor. So sorry to hear of the loss of this fine man way too early. He will be missed.