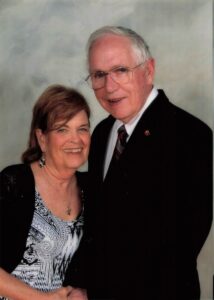 William Ross Marler III, (Bill as everyone knew him or Billy for all his growing up) of Kingwood Texas was born on November 5, 1944 in Beeville, Texas and entered into rest on Wednesday, February 3, 2021. William was the eldest of three children born to William Ross Marler Jr. and Annie Mary Marler. He grew up in Corpus Christi Texas, Fort Worth Texas, and Shreveport Louisiana.

He attended C.E. Byrd High School. He was an Alumni of Marion Military Institute, where he was a rifle champion, and went onto Trinity University, during which time he was married to Frances Eleanor Dobbs of Carrollton Georgia on July 16, 1966. After graduating from Trinity in 1967, he entered the Army of the United States as a Second Lieutenant where he proudly served his country in Vietnam from 1968-1969. He achieved First Lieutenant in 1969 and later was Honorably discharged from the reserves in 1973. During this time Bill and Eleanor moved to Port Arthur Texas where he would start his career at Gulf Oil while finishing his schooling at Lamar University, where he earned his MBA. He retired from his career as a Purchase Analyst at Chevron Chemical Plant in 2005 after 35 years of service.

Bill was gentle, soft spoken, kind, and witty and a devout Christian man of God and loved serving his church. He was a member of Second Baptist Church in Kingwood and was a member of the Band of Brothers Bible Study. He enjoyed Photography, dominoes, and traveling with his friends and family. His greatest joys were his marriage, children, and his grandchildren.

The family would request any desired memorial gifts to be sent under donor name Bill Marler to Gideons International at Gideons.org for Bible distribution around the world.

I am saddened to hear the passing of Bill. I can only offer my utmost condolence to everyone. He was a wonderful and gentle man and will be missed.

On behalf of San Angelo First Church, our hearts were saddened to hear of Bill’s passing but we rejoice in knowing that he is totally healed and in heaven with our Lord. Our prayers are with your family during this time.

I worked in Accounts Payables, which was across, and down the hall from Purchasing. We were in the old administration building until 1998. Bill was the nicest guy; yes he was quiet, but with a quick wit about him.

I am sad to read about this, and will pray

I worked with Bill in the Purchasing department at the cedar bayou plant, he was a very kind and knowledgeable person, so very sorry for your loss, thoughts and prayers for your families loss.

It was a pleasure to know and work with Bill at Cedar Bayou. My sincere condolences to his family and friends.

I worked with Bill at Cedar Bayou. He was a man of humility. You would never know of all his accomplishments, but when you needed purchasing support, he would always come through. He was a master of the friendly, subtle teasing that let you know that he was wise. To God the glory.

I worked with Bill on our raw material suppliers at CB. He was always patient, courteous, and an all around good guy. Bless his family at this moment.

What a nice guy and good Bridge player. He will be missed