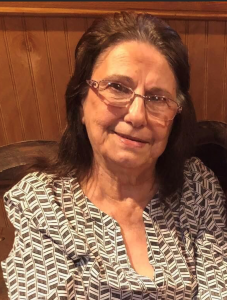 On Wednesday, December 16th, 2020, Mary Rose Browning, known to many as “Mama B” passed away in Houston, Texas after a long battle with cancer at the age of 81.

She was born on May 24th 1939 in Birmingham, Alabama to Sam and Susan Trero. She later graduated from Aldine High School. She has two brothers Maxi Trero of Trinity, Texas and the late Billy Trero and one sister Martha Jo Hayden. She was  married to the love of her life, the late Thomas Browning for 38 years. Together they raised seven sons; Mike, Alan, Howard, Johnny, Danny, Mikey, Daniel and four daughters; Tina, Gina, Kathleen, Brandy.
Mary enjoyed spending time with her kids, grandkids, and great grandkids and also the occasional trip to the casino. She was known for her door always being open to everyone, she always had a place to sleep and a hot meal for anyone who needed it.
She is preceded in death by her parents Sam and Susan Trero; her husband Thomas Browning; her brother Billy Trero; sister Martha Jo Hayden; sons Alan Browning, Howard Browning, Johnny Felder, Danny Browning, and Daughter Kathleen Fontenot.
She is survived by her sons Mike Browning his wife Brenda and family, Mikey Browning and Daniel Browning; daughters Tina Browning, Gina Bennett and her husband Vern and Brandy Dunham and her husband Derek; her grandchildren; Rachel and husband David, Cole, Kourtney and husband Travis, Cody, Brian, Ashley, Kobie, Kevin, Madison, Kolbi, Riggin, and Jase; and her great grandchildren Jaxon, Clayton and Koen.

A visitation will be held on Monday, December 21, 2020 from 10 am to 12 pm at Darst Funeral Home. A funeral mass will immediately follow at 12:00 pm in the Darst Funeral Home Gardens. Graveside will be at 2:00 pm at Brookside Memorial Park.

A really kind, smart woman. I’m thankful I had the opportunity to get to know Mama B as a guest of Brandy and Derek. My thoughts are with her family.

Our prayers and thoughts go out to you all.

Mary Rose you will truly be missed, no more pain dear friend an sister-in-law. prayers to the family at this sad time. R.I.P. Lovely lady !! Terry Trero