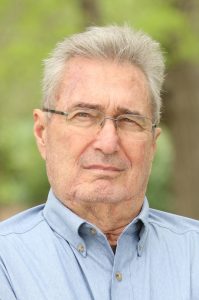 Thomas Franklin “Tom” McCord was born 28 April, 1948 in Elmira, NY and left us on 14 August, 2020 from Houston, Texas. He was the oldest son of Thomas Isaac and Elizabeth Feltman McCord and is survived by his wife Robin, his son Austin, his brother Jeff, sister-in-law Martha, and nephews Jeffrey, Spencer, and Morgan. He grew up in Medford, New Jersey and was class of ‘66 at Lenape Regional High School where he played saxophone in the Jazz Band, participated in theater, and was voted “Most Talented” in his senior year. Tom had great memories of his childhood growing up on Medford Lakes where he navigated cranberry bogs in his canoe and worked as a lifeguard. He joked about being a “Piney” and throughout his life he continued to boast that he had never tasted a blueberry or tomato better than the ones grown in his home state. His family owned a cottage on Long Beach Island and he spent much of his time there along with his brother, Jeff. Some of his favorite memories also involved visits with his beloved Aunt Kass who never had children of her own.

Tom earned his Bachelor’s degree from Rutgers University in 1970. After a couple of years teaching middle school geography in Princeton, he began his 40-plus year career in employee benefits. Before sending him to Houston, Equitable Life placed him in their Manhattan and Chicago offices where he developed lifelong friendships and to where he faithfully returned for annual golf reunions. In Houston, Tom worked more than twenty-five years with Stone Partners and finished his career as a consultant through Frost Bank. He was well respected for his knowledge and many of his business associates became close friends.

Tom was one of the original home owners in Kingwood, Texas and participated in the community theater in the early 80’s. He joked that no other men would join the group and they were desperate for a male actor, but the real reason they loved him was for his deep, soothing and powerful voice. He had a great sense of humor, an unforgettable laugh and sneeze, and never dodged a good political discussion. Tom leaves behind many friends in Kingwood and will be missed greatly.

In 1999 Tom lost his oldest son, Jeffrey Ellis McCord, who attended Kingwood High School and graduated from a private school in the late 80’s. Tom endured this loss but never completely recovered from it. His son’s friends rallied behind Tom and have remained faithful to him throughout the years.

Tom McCord was the greatest husband and father. There has never been a more honest and loyal person. Tom loved music, art, reading, history, good food, and travel. He shared these passions with his wife Robin and their son, Austin. Together they attended countless concerts and supported local musicians in the Houston area. Tom and Austin shared an additional love for Mel Brooks films and had seen some of them so many times that they would laugh before the jokes were even made. As a family they traveled many places including the Caribbean, Costa Rica, Hawaii, Scotland, New York, Virginia, and the desert southwest. The family always needed a 4wd on trips because every adventure seemed to end up on a dirt road. The beach was Tom’s solace and out of all the places he visited in his life, South Padre Island was the place he wanted to return to most. He was grateful to have set his feet in the Gulf of Mexico one last time in June while visiting his beloved brother-in-law Les, sister-in-law Heather and his three nephews, Hayden, Lawson, and Holton. He regretted that his niece Kelly was not able to join that trip along with her parents Bill and Kim.

Throughout his three-and-a-half-year fight against cancer Tom never once complained. In fact, he was able to joke about some of his limitations. He enjoyed life more than most and it is a tragedy that it was taken from him. There were so many more things he wanted to do.

Robin and Austin are grateful for the care that was given to Tom by his many doctors, nurses, and the staff at MD Anderson Cancer Center in Houston. In lieu of flowers the family asks for donations to that facility earmarked for Melanoma and Multiple Myeloma research.

A celebration fitting of Tom’s life will be held at a future date.

My deepest condolences my God give you strength in these difficult days ahead.

I am so sorry for your loss. My thoughts and prayers are with you and your family.

Robin and Austin, the Maberry family is thinking of you and praying for you during this time, and always.

Robin and Austin, you have our sincerest condolences. He will be missed. Larry will always cherish the memories of Tom’s and his excursions. He was loved by all who knew him.

I’m sorry to hear of the passing of your husband. My thoughts and prayer’s will be for you and Austin during these difficult times. Sincerely, Edward Kaminski

Robin,
Our sincerest condolences to you and Austin. We will keep you in our prayers. God bless you and yours.

My deepest sympathy for you and Ausin and Tom’s family for your loss.

Robin, you have my deepest condolences. I only knew Tom for a short time, but I enjoyed working with him in the HHGA games last year. He was a great man.

Dear Robin, I’m sorry to hear your beloved Tom passed. You and Austin will be in my prayers. Reading about Tom made it so evident that the two of you were perfect for each other. You were just as well loved. What a blessed life the two of you had together. Love, Edna (Eastman Retiree)

Our heart felt condolences go out to Robin and family. We are so sorry to hear this. Love and prayer to all.

I was so sorry to hear about Tom. I still remember his ready smile and jokes at the Xmas parties. He will be sorely missed.

Robin and Austin, Emma and I send our deepest condolences to you both. Our thoughts and prayers are with you.

Dear Robin I am so sorry to hear of your loss. My thoughts and prayers are with you, Austin, family and friends.

Robin, Austin and family, We are very sorry to hear about Tom. He led an admirable life that has left a significant Tom sized hole for the many who loved him. May the outpouring of support be a comfort to you now and as you move through this deeply difficult time. We are among them as we offer our sympathies and love.

Tom was a friend for all seasons. When we were together, he always lit up the room. We appreciated the friendship and the bond friends share even when they don’t see each other very often. We will always miss him.

Tom was a friend for all seasons. When we were together, he brightened our lives. We appreciated the friendship and the bond friends share even when they don’t see each other very often. We will never forget him.

What a great guy Tom was. He enjoyed life so much, and Byron and I always enjoyed our visits with him. Robin and Austin, I hope your wonderful memories of Tom will sustain you in the days, months and years to come.