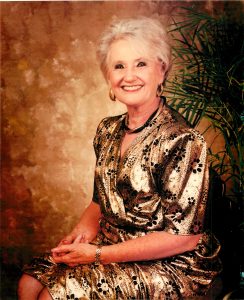 Mrs. Kathryn Carolyn Perguson Trull, of The Woodlands, Texas, passed away on Sunday, February 16, 2020, at the age of 85.

Kathryn was born to parents Lesley and Katie Coates on October 1, 1934, in Kansas City, Kansas. She was the fourth sibling of seven who grew up in El Centro, California. Kathryn married Paul Edward Perguson in 1950, and they had six daughters and two sons. Kathryn is survived by her four children Shirley Ann Erickson of Washington, Kathryn Paulette Perguson of Texas, Charlotte Elaine Ebert of Tennessee, and Laura Kay Gros of Texas. Kathryn is also survived by fifteen grandchildren and twenty-eight great-grandchildren. Kathryn is preceded in death by her four children Kevin Lynn Perguson, Susan Yvette Perguson, Russell Dean Perguson, and Cheryl Renee Reagan. Kathryn and Paul were divorced in 1984 and married James Trull in 1987, who passed away several years later.

Kathryn possessed a strong faith in God, and was active in the church, including working as a Sunday School teacher. Her quick wit and humor won over everyone she met. Kathryn was known as a hard worker while working for Boeing and Safeway but maintained her commitment to family. Kathryn enjoyed spending her leisure time in the garden, cultivating roses. Her home was always open to her children and grandchildren over the years.

Michelle Lee Barker, who stayed with her grandmother for several years, said of her grandmother that she had the biggest heart, a fantastic personality, and a beautiful soul. Kathryn taught her what it was to be strong and to believe in one’s self.

A celebration of Kathryn’s life will be held on Wednesday, February 26, 2020, at The Heights of Valley Ranch Nursing Home in Porter, TX, at 2:00 p.m.

Kathy, it was a pleasure knowing you and I’ll always remember the good times I had with you. Thanks for being part of my life.
Rest In Peace… 😢🥀

I am so very sorry for your loss. Kathy was a very special lady. So very sweet and kind to me all the years I knew her. She was a very hard working woman and I admired her for it. She loved her family immensely. I loved to laugh with Kathy and she had a million dollar smile!! You will be missed my friend. Love to all the family.

There is one thing to take away from the loss of a loved one. The fact that we get to mourn someone means we got to share a part of our life with them. We experience death because we live, and that’s a beautiful gift from God. I am thankful for the 28+ years that Kathy was in my life. I hope to continue to be the husband to her daughter Charlotte that she would approve of, and I will miss Kathy’s quick wit, sly smile, and her infectious laugh.