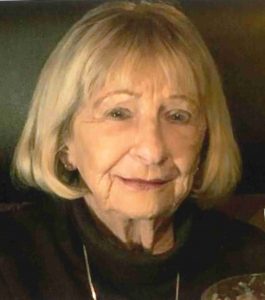 Jane Carol King passed away peacefully on January 14, 2020 in Kingwood, Texas. Jane was born on March 18, 1931 in Pacific Grove, California to Edwin and Marjorie Moose. She graduated from Pacific Grove High School and went on to get her nursing degree from O’Connor School of Nursing in San Jose, California. Jane met her future husband and love of her life, Bill King, on a blind date while both were attending college. After graduation Jane worked as a registered nurse in Labor and Delivery until the couple married on January 23, 1955, and moved to Ft. Worth, Texas where Bill was posted as a Flight Engineer with the Air Force at a Strategic Air Command base. Jane continued her career in Texas and joined St. John’s Hospital doing what she loved most, Pediatric nursing. Once Bill left the Air Force, the couple moved to San Mateo, California, where Bill took up his career as a CPA and Jane worked as a nurse in a Pediatric doctor’s office. After retirement, the couple moved to Wilsonville, Oregon, where they lived for almost 30 years until their move to Kingwood, Texas, to be closer to their daughter and son-in-law.

Jane was a tireless volunteer her entire life. At various times throughout the years she not only worked for organizations devoted to youth such as Girl Scouts, but also for a number of civic groups including the Red Cross, a Well Baby Clinic and as President of the Florence Crittenton Organization. She volunteered for the San Francisco Art Museum where she organized field trips and helped with fund raising and promotion for the museum. She was a member of Opera Action which encouraged ticket sales to the San Francisco Opera. Jane belonged to the San Mateo Auxiliary for the Children’s Hospital at Stanford.

After Jane and Bill moved to Charbonneau in Wilsonville, Oregon, Jane once again became a valued volunteer with a number of organizations. Jane took over the responsibility of running the Blood Pressure Clinic at the Charbonneau club house. She then went on to be a highly successful President for the Charbonneau Ladies Association and continued to be an important member of the governing board for many years. She also was very active as a member of the Boys and Girls Aid Society Auxiliary up until the move to Texas. After taking up golf, which was her husband’s passion, Jane joined the 9-Holers group where she became President and held various Chairman positions. Jane was an enthusiastic painter and member of the Charbonneau Arts Association, and dedicated volunteer for the Charbonneau annual Pink Ball Golf Tournament, raising tens of thousands of dollars to benefit cancer research.

Jane is survived by her daughter, Karen Emery, and son-in-law Paul Emery. She is predeceased by her beloved husband of 64 years, William Howard King who passed away less than seven weeks ago, brother John Moose and sister Margaret Bradley.

Her friendship, volunteerism and compassion for helping those in need will be deeply missed.

The family would welcome any donations to Boys and Girls Aid of Portland, Oregon found at https://www.boysandgirlsaid.org/donate.

Jane made a difference to so many, and her kindnesses are no doubt still being paid forward. Hers truly was a life well lived. Our sincere condolences to you, Karen and Paul.

Love you, Jane! You were my mom’s best friend and we are all so saddened by your loss- and Bill’s. You will be sorely missed. May Karen find some peace.