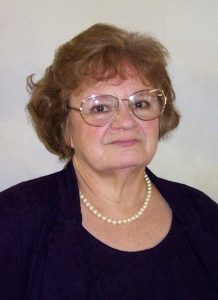 Audra Ellen Pritchard better known as Sally, age 80 peacefully went to be with the Lord, surrounded by family at home in Porter Texas. The daughter of Thomas O. and Bernice J. McCormick of Canton Ohio, she was raised to trust in God and love people. Sally took that entrepreneurial spirit and applied it to everything she did in life. With a Bachelors degree in hand that she worked so hard to get through Malone College, and having four children to take care of, she founded her first venture in music. “Progressive School of Music”. Out of this School, she became well acquainted with and taught workshops at Baldwin Conservatory of Music in Cincinnati, Ohio. It was here through her meeting of Robert Pace and a revolutionary new method of teaching music by ear training first and learning the keyboard second before reading notes on a page. While running her music school and raising her four children. Sally continued to expand her education and achieved her Masters Degree in Music Education.
Sally’s faith became much more important to her as the children began to grow up and leave home so she went west. In Tulsa, OK. Sally obtained a degree in Biblical Theology. Sally had a whole new mission in life and headed south to fulfill it. Her feet landed here in Porter, TX. She went on to Found Joyful Sound Church and Christian Academy, co-founder of G&P Community Driving School.
Her mission was now clear to her. It was to spend her life spreading the love of Jesus Christ. To encouraged everyone she touched with God’s Grace and Love. Sally was so determined to help in establishing Warriors of Praise Ministry that she went with us all around the world to sing and minister to people from other nations. Sally was now truly in a league all her own —graceful, intelligent, charming, cherished, fun, full of laughter and was tenacious. She is a sister, mother, grandmother, great grandmother, preacher, teacher, mentor, pioneer and business entrepreneur. She was full of God’s Love and a promoter of carrying GOD’S LIGHT. She was always Giving of herself, bringing joy to all. She would always go the extra mile, never complained and approached every difficulty head on with God’s Word and Carrying God’s Light! Surely she will hear “well done My good and faithful servant”
Sally is survived by her 4 children. Son Joseph and wife Deborah Pritchard of Porter TX, son Timothy and wife Teresa Pritchard of Newcomerstown Ohio, daughter Jean Pritchard and daughter Betsy Steele of Porter TX. Nine grandchildren, Amy Jo Metz, Laura and Curt Sloan, Christy and Tony Zamora, Nichole and Frank Moon and Jason Pritchard of Texas. Steven and Heather Pritchard, Brian Pritchard, Kyle Pritchard of Ohio. Eleven great grandchildren Johnathan, Jessica and Andrew Santos, Abby Metz, Brett, Lance and Emery Moon all of TX, Madilyn and Lucas Pritchard, and Owen and Isaac Pritchard all of Ohio.

One condolence on “Pritchard, Audra E.”

What a beautiful
woman of God. Hidden in your legal name Audra Ellen… is the meaning noble strength and bright shining LIGHT! You are all this and so much more!!! I thank God to have met and loved you..would have loved to learn so much more from you. Your sincere Godly love and genuine words resurrected my battle worn and broken heart. Thank you. ❤ Heaven is rich… may Our sweet heavenly Father grant all those who love you…strength and courage to remain amd fulfill their destiny in HIM. Thank you for loving us through Ms. Sally Lord… for we have come to love You more by seeing You in her. I miss her already Father… ❤
Truly she examples a noble Mother’s heart. ❤🙏 Hug her and kiss her for me, and help her precious family continue to carry Your amazing Light! We love you Ms. Betsy , Ms. Jean, Joe and Deborah, Tim and Theresa…and all her beautiful family! God strengthen and encourage you always. 🌅🙏❤
Love always, Angela