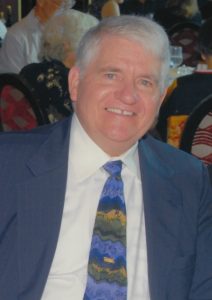 Gregory Lynn McNeal was born in Carbondale, IL on August 9, 1948 to William Junior McNeal and Barbara Jean Lackey McNeal. He spent his early childhood in Hot Springs, AR along with his two brothers Garrett and Glendon. He enjoyed Boy Scouts and when he returned from Boy Scout camp at age 10 he was sent to the Arkansas Baptist Home in Monticello, AR along with his brothers when his parents divorced. He always said it was the best place for them and remained there until his graduation where he learned the important values of hard work, trustworthiness and dependability. He was crowned Prom King in his senior year, played football and was the Arkansas State Champion in the mile track event. He enrolled in Ouachita Baptist University for two years until he was due to be drafted and joined the US Navy in 1968 during the Vietnam War. He served his country 4 years and was discharged as a BM2 (boatswain’s mate second class). He moved to Memphis, TN where he enrolled in the University of Memphis and received his BA in accounting. He also worked as an intern for the IRS and when he graduated, he became a full-time employee of the IRS until he retired in 2011. He met and married the love of his life, Karen Kulpaca McNeal in Houston where they first met at the pool on the weekend and was hooked on her cooking. Greg and Karen raised 3 sons, Gregory Jr, Justin and Joshua who were their pride and joy. He volunteered often and was a Boy Scout leader, soccer coach, swim team timer and was always the first to help when needed. His three sons each rose to the rank of Eagle Scout and he was very proud of their accomplishments and was able to go to Philmont and the Upper Boundary Waters with them. When the boys left home, he and Karen became avid scuba divers and traveled the world on many, many scuba adventures including Palau, Yap and the Galapagos. They also traveled extensively and managed to hit 5 continents including Antarctica. They had a favorite secret code that they used with each other, posted on notes to each other and when signing off on the phone: SHMILY (see how much I love you). Greg was a collector of coins, stamps and paper money and especially enjoyed cataloging paper money mostly US currency and traded with various collectors around the US and recruited various family members in different federal reserve districts to get dollar bills for his collection and trading. Greg was diagnosed with a glioblastoma in March 2018 and battled this fatal disease until he died peacefully in his sleep in his own bed, in his own home, with his wife and son Justin by his side on May 31, one day shy of the traditional Memorial Day. He leaves behind his grieving wife Karen of 38 years, sons Gregory (wife Tonia), Justin and Joshua (Alvina) and his daughter Amanda (husband William) and two grandchildren, Blake and Brooke and his brother Garrett.

He will be interred at the Black Hills National Cemetery in Sturgis, SD with military honors in the Black Hills where he and Karen were married, and their children were baptized. Any memorial donations can be made in his memory to the Arkansas Baptist Home in Monticello, AR.

I am truly sorry to hear of this. I wished we (all of us) could have been able to spend more time together. \This has come way to early for such an upstanding american patriot. Love ya!

I am broken hearted for my ‘brother’. We were raised together at the Arkansas Baptist Home for Children, and Greg was always an outstanding young man that we all looked up to, he will be missed and loved forever.

I will miss Greg so much. Diving trips will not be the same with out him. I won’t have anyone to make sure I do all possible dives. I also won’t have my team mate to give the Kulpaca women a hard time. Some of my best memories were doing things with Greg. I just know he is in a better place.

It was our privilege to pray for Greg throughout the course of his illness. We, again, express our condolences to the family. They continue to be in our prayers as they navigate this difficult path.

So sad to learn of Greg’s
death. He was a great person. Enjoyed attending Monticello High with him.

Even though I was at the Presbyterian children home in Monticello Arkansas, he was one of the first people to welcome me in the 8th grade. Don’t think he ever met a stranger.

Greg was a great brother-in-law. I’ll always remember his quiet demeanor, clear analytical thinking, and subtle creative humor. We will all miss him at our annual family get-togethers. He was inspirational to my sister (Karen) and generous to his children. Rest in peace Greg.

Greg was a friend and fellow numismatist. He was a kindred spirit and he was a friend from the first day that we met at the annual Memphis Paper Money show in the early 1990s. Greg loved the hobby and devoted many hours tracking federal reserve notes and providing information on all varieties and types of paper money. I remember fondly when he come to the show and would sit at the show and search through my one dollar inventory tracking serial and plate numbers for his census. I will miss the comradery of sending and receiving his emails on paper money issues and political humor. He was a great guy that will be miss by everyone who knew him.

I was so sorry to hear this. My brothers Ron and Floyd were all in the Children’s Home with Greg. Everyone liked him. He was such a nice person. I was a FB friend in later years and enjoyed watching his scuba diving videos and trips with his wife, Karen. They seemed like the perfect couple. I want to extend my heartfelt sympathies to her and the rest of his family and many friends who will miss him terribly. I understand he is a Christian and it is comforting to know we will see him again one day. My thoughts and prayers ate with his family & friends.

I sorry to hear of Greg’s passing. I really enjoyed working with him and hearing him discuss his travels and activities with the family. He was a good man and I know he will be missed.