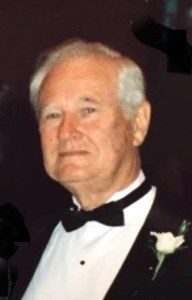 Euclid Clyde Francis, known as E.C. to his business colleagues, Clyde to his friends and family, Buddy to his childhood friends and family, and friend to all, was born on April 15th, 1925.  He moved on to be with the lord on Monday May 20th at 3pm at the age of 94.  He is survived by his adoring wife of 69 years  Billye Jo (B.J.), his three children Sheryl Francis Patton, Jana Francis and Rick Francis, his daughter- in- law Indiana Francis, four grandchildren Nicole Rapoza, Dana Patton McIntyre and her husband Robert, Morgan Patton & Daniel Francis; and three great grandchildren, Nathan Rapoza, Kellady McIntyre and Harlyn McIntyre; his brother Charles Francis and many beloved cousins, nieces and nephews.  He was preceded in death by his grandson Stephan Rapoza.

Clyde was born April 15th, 1925 on the Francis Dairy in the Humble, Tx area to Thomas and Eva Francis.  He helped milk cows and deliver milk to the citizens of Humble including to the home of Billye Jo Jones. He and his five siblings (Harrison, Mildred, Ida Mae, Ray & Charles) worked very hard on the dairy and were pretty much self-sustaining, producing their own food and building their own houses and barns.  He met the love of his life, B.J. for the first time at a rec hall dance in Humble around 1943 during WWII. Clyde was not drafted during the war because he was supporting the war effort through his work providing food on the Dairy. When WWII ended, he started Texas A&M and was quickly drafted and sent to Japan as occupation forces to relieve the troops returning home from the war.  After a year, he returned to Texas A & M and completed a degree in Dairy Manufacturing and was offered several opportunities at the big milk companies of the time.

He was married to Billye Jo Jones in 1949 as he finished his degree at A & M.  Upon graduation, his brother Harrison asked him to join him building houses in Galena Park and thus beginning his long career in the construction business. He built many homes and them moved into commercial metal buildings as Francis Construction and an award-winning distributor for Metallic Builders. Him and B.J. were also active real estate investors and property managers. Clyde never worked for anyone but himself and was the quintessential entrepreneur who was always involved in various business enterprises and helped others in pursuing their dreams. He was a lifelong Rotary member who had perfect attendance for over fifty years and served on the board of the Galena Park State Bank for many years.

Above all, Clyde was an extremely loyal and committed husband and father. He travelled around the world with BJ and although he enjoyed travelling, he most enjoyed making B.J. happy and did his best to please her desire to travel the world. He always had time for his children and spent countless hours taking his daughters to rodeos as they performed across the state and being there for his children for whatever they needed. He was a man of great Christian values whose honesty, integrity, humility and generosity touched many in his calm soft-spoken way. His family and friends will miss him until we reunite with him again in Heaven.

To view and submit images or to sign the guestbook, visit https://www.mem.com/8719753