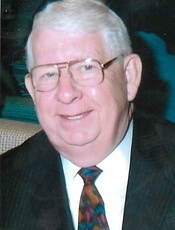 He is survived by his daughters, Claire McEwan, daughter Andrea Hicks
and her husband, Lonnie. He also leaves his grandson, Samuel McEwan.

He had a fifty-year career as an Electrical Engineer after first
serving his apprenticeship with Parsons & Sons in England and ending
his career at Toshiba International in Houston, TX.

Geoff was well travelled enjoying frequent trips to visit family and
friends in the Wallsend area of England. He never lost his love for
homeland or his distinctive brogue.

As he moved to various job assignments in his adopted country, he made
many friends and he and his family maintained those friendships no
matter the distance.