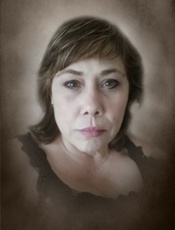 Thank all for joining us in a celebration of the life of Margrette Williams. Mrs. Williams died Saturday, February 9, 2019 in Kingwood, Texas and was born April 24th, 1961 in Jasper, Texas. to Miss Alma Margrette Bolton and Mr. Jimmy Griffin. She was their first child.

Margrette attended schools in the city of Pasadena, Tx. and received a business degree as well. Margrette started working as a commercial fisherman harvesting the bounty of the Matagorda bay complex where she enjoyed the freedoms of coastal life, long walks on the beach and even a summer long camp outs with her husband Rufus (Rocky) Williams. From there they traveled to Porter Tx. and both became HVAC business owners and continued till his death in 2008. Margrette advanced her career and opened a successful business and bookkeeping office in 1999 and continues operations to this day. She took residence in the following cities of Pasadena, Matagorda and Porter, Tx. and Margrette was living in Porter Tx. Margrette was a servant of the lord and was an active youth member of the Salvation Army and various youth camps. She adored all children and would often refer to them as hers. She unselfishly gave to all in need till the end of her life. Her favorite songs were Saturday Night by the Bay City Rollers and anything produced by Donny Osmond.

In closing Margrette was the brightest shining star in the universe and heaven received a soul consumed by love. Farewell MiMi.